Posted at 16:56h in Uncategorised by rmcrgegor 0 Comments
0 Likes

Obviously I am rarely posting here these days.

Twitter is where my thoughts are much more readily seen.

I’ll irregularly put something here it I get the urge.

Here is a thread from last week:

I have recently written a few tweets addressing this issue but some have found it too complex – so I’ll try to simplify. 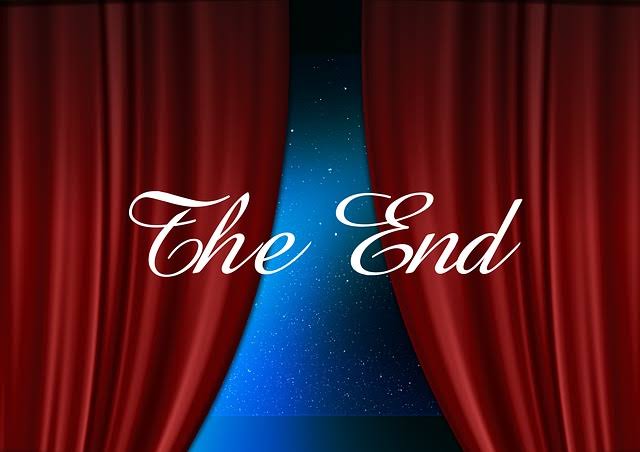 2) My viral tweet from one week ago on the SARS-CoV-2 Psyop is a prerequisite for reading this thread.

The same caveats apply. Once again, this will ONLY be a best guess at trying to put together the puzzle pieces.

3) Imagine a scenario where we are in a quarantine with internet darkness – eg: only the #POTUS Emergency Broadcast System (EBS) is available as Comms …

In this situation there will be a fear of venturing outside and ambiguity about how long the Psyop SCARE will last. 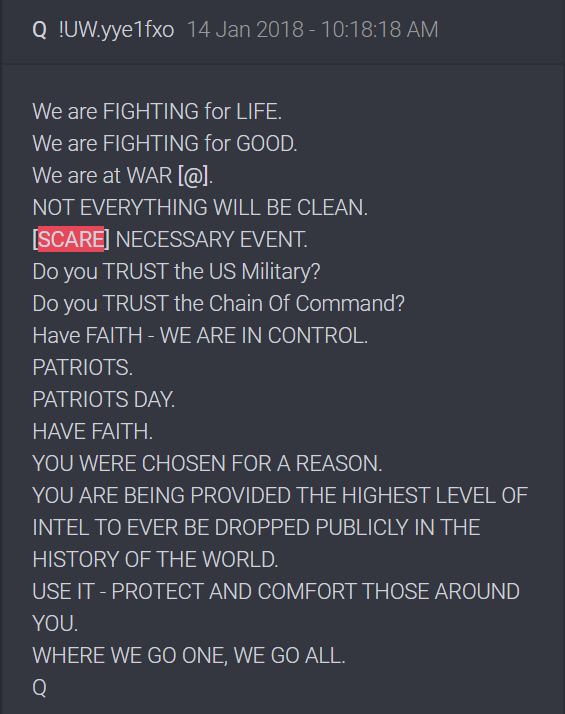 4) The build-up will have been very alarming and most of the public are CONVINCED there is an imminent danger.

5) In other words, it can’t be stated outright at the end, that the whole process was a Psyop – as this could lead to a backlash on the streets.

Similarly the all clear can’t be given without a dramatic change of circumstance which allows reassurance to assemble outside.

This would be sending mixed messages and quite inexplicable given the ramp up of PANIC to accomplish quarantine.

7) So what are we left with

There is really only one way out of this situation

And that is the sudden announcement of a total CURE.

I would expect this to occur on Good Friday or just before if my original timeline holds up.

8) Any decent Psyop Bioweapon MUST have a CURE

Ideally this cure would be cheap/available, well known and have a benign side effect profile.

The medication should be all of these things to enable widespread public compliance.

9) Leading up to the “discovery” of this cure would be a publishing of multiple Randomised Control Trial’s (RCT’s).

Many countries would produce RCT’s which show efficacy for this medication.

They could then be combined in a Meta-analysis for definitive evidence of effect.

10) The near completion of these Trials could be hyped up toward the end of the 10 days of Darkness.

There would be great relief once the final determination comes – that the “discovery” is so effective the quarantine can immediately end.

11) At this point the most likely medication to suit this profile is hydroxyChloroQuine (CQ).

It meets all the criteria I have mentioned and could be mass produced quickly.

As a generic it is also very cheap – cents/pill.

Indeed Q may have even alluded to its …..

So high risk groups/the elderly could be given medication just before Good Friday …. 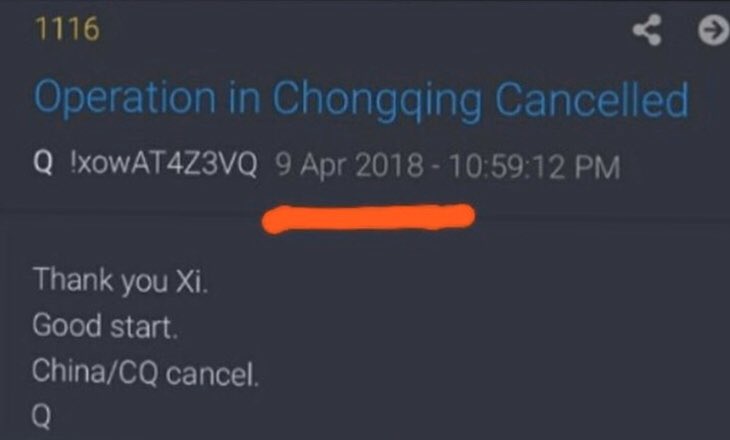 13) … and be confident of venturing outside.

This scenario would tick most boxes with regard to a quick resumption of normal life for all.

14) Interestingly a recent article outlined how CQ was effective against the current coronavirus precursor in 2005 but this was overlooked.

15) There are other promising medications such as remdesivir or immune therapies.

However regardless – the process ought be the same as described above for an ideal operation.

More expensive drugs would of course be subsidised.