Posted at 17:05h in Uncategorised by rmcrgegor 0 Comments
0 Likes

The following info should be considered somewhat questionable but it is worthy of discussion. 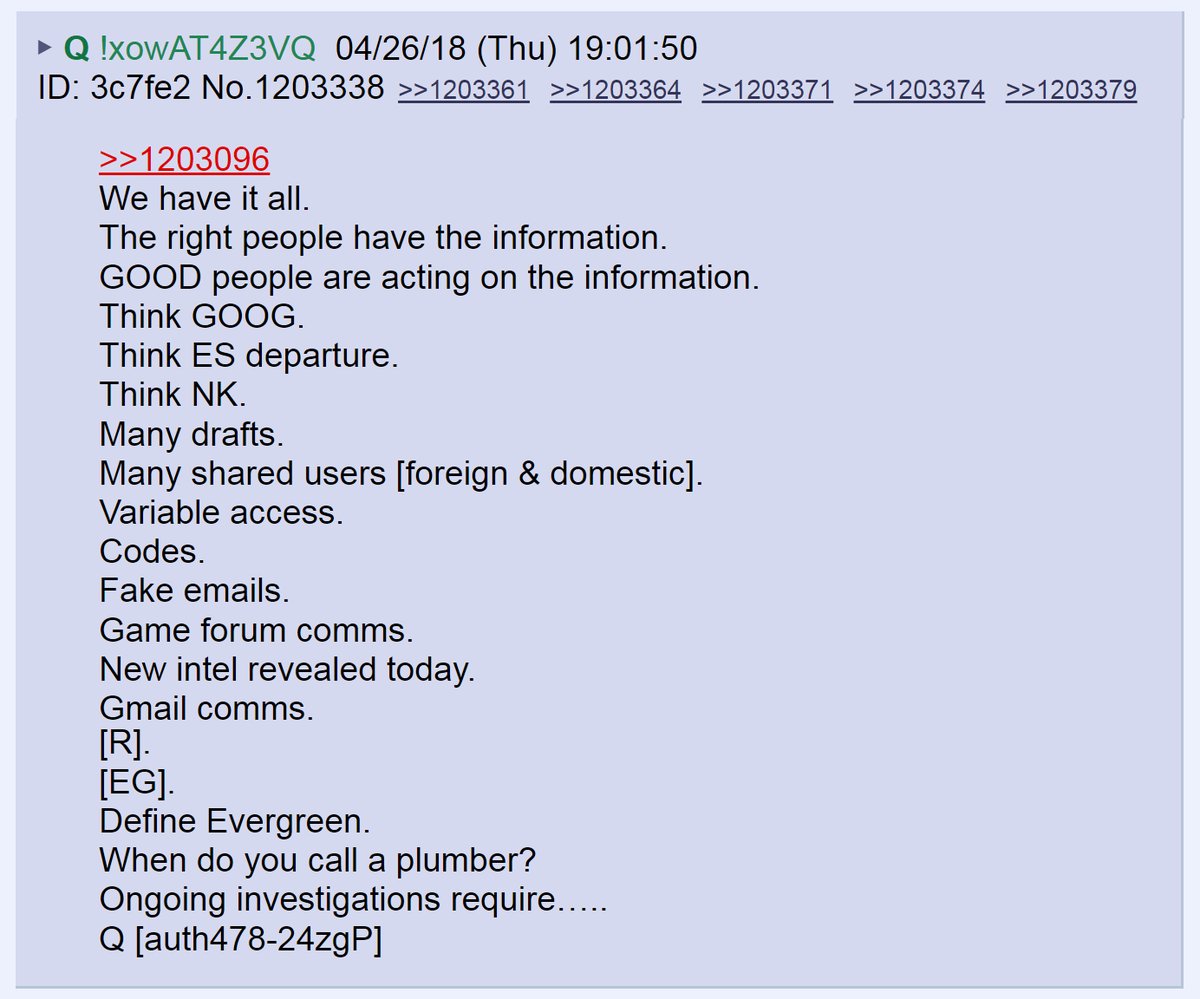 I’ve discussed this before but lets go through what may have been occurring.

Prior to POTUS victory in November 2016, the Deep State believed it was completely in control.

This means that they believed they had full control of their Comms and never thought white hats could have infiltrated.

Q has insinuated that they communicated by either Gmail Drafts or Xbox Drafts.

Essentially what was probably happening was that each cabal member was given the username and password to a Gmail/Xbox account.

Someone would start the conversation by making a draft message in an email but would NOT send it.

Then perhaps someone in another state or country could add to the message but once again NOT send.

They would simply build the draft ad infinitum.

Thus the draft would NEVER be sent and so could never be tracked or discovered.

To improve security they would use their codenames such as Evergreen for Killary or Renegade for Hussein.

The Deep State techfags would have been super confident. No crossing servers.

It was essentially a fool proof method of Comms…..or so they thought.

All it needed was one double agent insider who knew the username/password?

They could then COPY the draft as often as desired!

The bad dudes would have had no idea their conversations were being monitored and stored!

Now remember Rosenstein was supposed to be pure Deep State?

Now what if all their really dirty deals are now in white hat hands.

All their scheming, organisation and logistics.

They never thought she would lose.