Posted at 19:17h in Uncategorised by rmcrgegor 0 Comments
0 Likes

MY PERSONAL VINDICATION FOR EXPOSING CRIMES COMMITTED BY AUSTRALIA

Since January 2018 I have been exposing crimes committed by Australia, UK, Italy and Ukraine against The People of The United States of America.

In return for this Journalism I have been labelled Psychotic for researching a “Paranoid Conspiracy” and have hence had my license to practice medicine removed and have also subsequently had my medical practice dissolved and been bankrupted.

A few days ago the Department of Justice released the letter below, which has been sent to Scott Morrison, Giuseppe Conte and Boris Johnson from Lindsay Graham regarding Attorney General, William Barr: 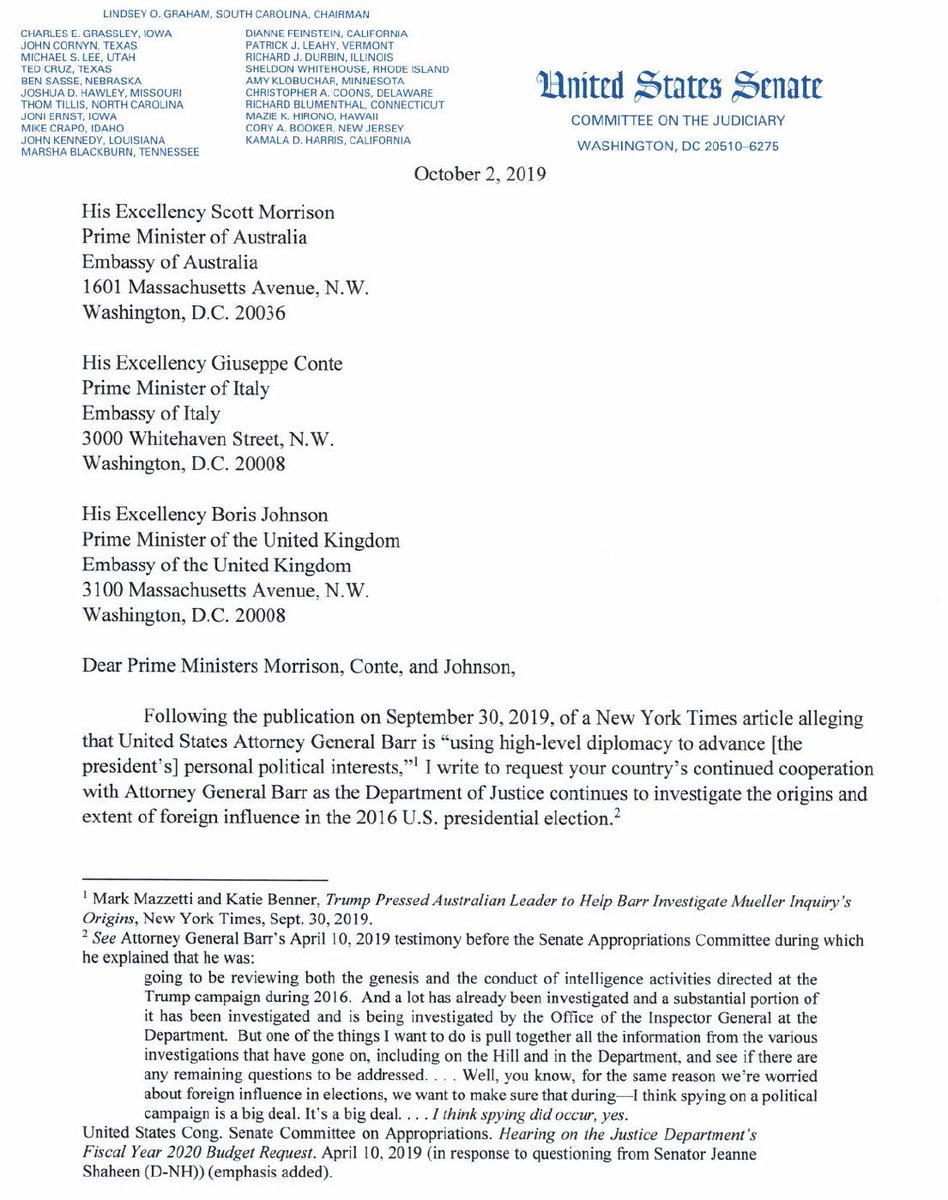 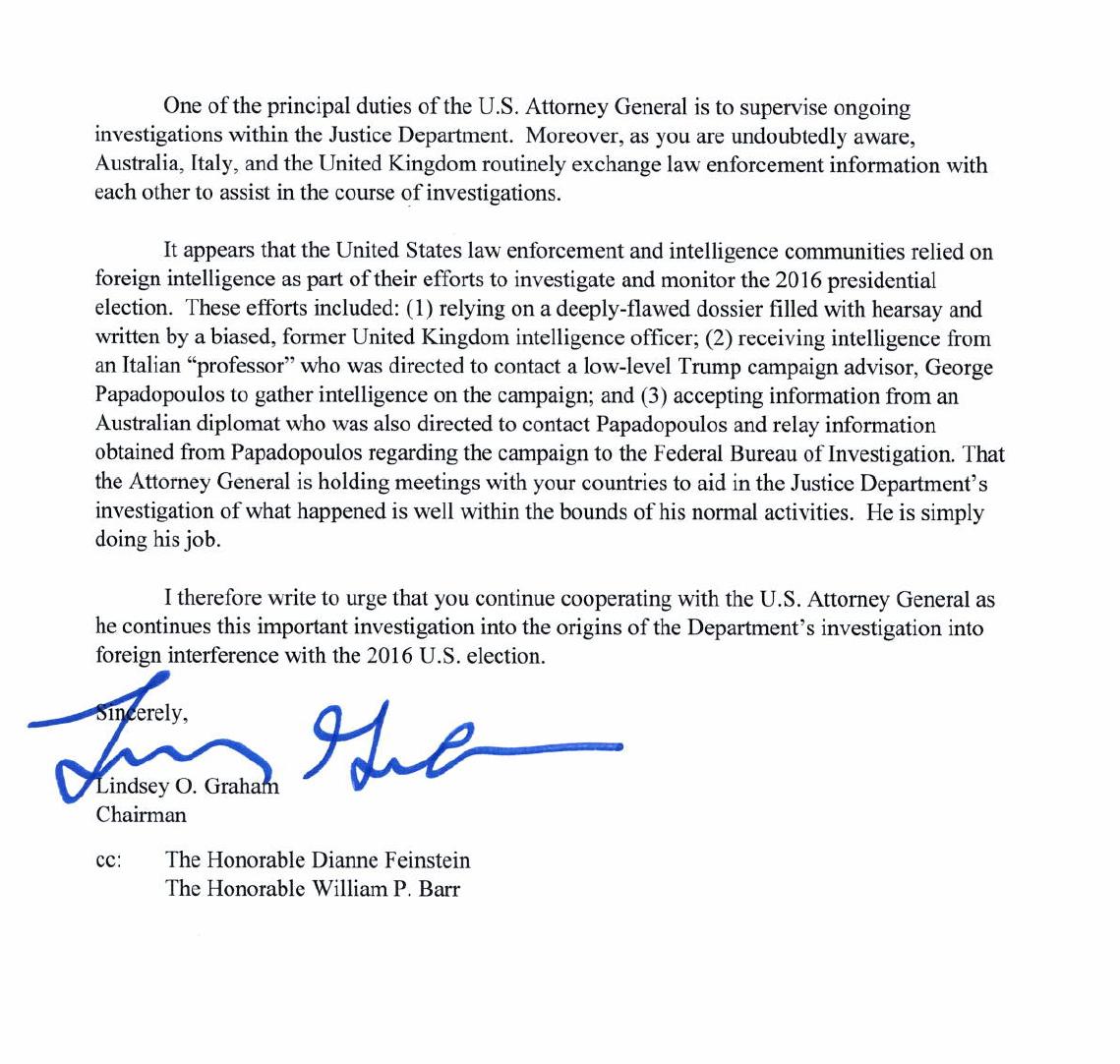 It outlines that Australia, UK and Italy are being investigated for their role in the “origins and extent of foreign influence in the 2016 US Presidential elections.”

Recently I have also speculated that Barr would travel to Italy to investigate PyramidEye. I said so before it was announced due to my personal communications with Guilio Occhinero.

Indeed both Barr and Durham have interviewed in Rome and London. This is fact. Not a paranoid delusion.

I would now postulate that at least Barr will come to Canberra.

If you have been following my twitter feed and this blog you would know that I have been right at every step of the way with regard to Barr and Durham being put into place to investigate and then prosecute the crimes committed.

Back in April this year I made a thorough FOIA request to DFAT regarding the crimes Barr is now investigating.

I very specifically said that if there was not a full investigation then I would forward the results to both Barr and Durham and hoped individuals at DFAT would be prosecuted for covering up crimes. Yes; that was back in May before it was even known publically Barr and Durham were investigating!

So, has the MSM in Australia admitted that our Government is being investigated for crimes?

They are attempting to kill it all with silence. The Deep State still has total control of Journalists here.

DFAT has long been involved in extensive crimes.

Their time is coming.

Rudy Giuliani has also stated in recent days when interviewed on FOX that Hillary Clinton was involved in pay-to-play with China. Specifically he said that she sold classified military airplane technology to China.

This is exactly what I have stated since last year. Exactly.

Complete vindication. Although I went further and said she left her server open so that the information could be leaked and not hacked.

Interestingly it also seems that the MSM are in the crosshairs and their CIA infiltration and involvement in crimes will also come out soon. Very soon.

Everything is lining up for big reveals.

Q has been right about everything and the MSM knows it.

They are criminals hiding criminality.