Posted at 22:42h in Uncategorised by rmcrgegor 0 Comments
0 Likes

Today was an historic day with regards to the future of the Liberal Party in Australia.

The MSM has completely ignored the gravity and magnitude of the tactics signalled by the Prime Minister.

Indeed the MSM has no ability to report the real intentions relayed and telegraphed today because their narrative is so mangled and corrupt.

In summary the complex Australian tactics outlined today regarding Spygate can be fully explained below by Manuel: 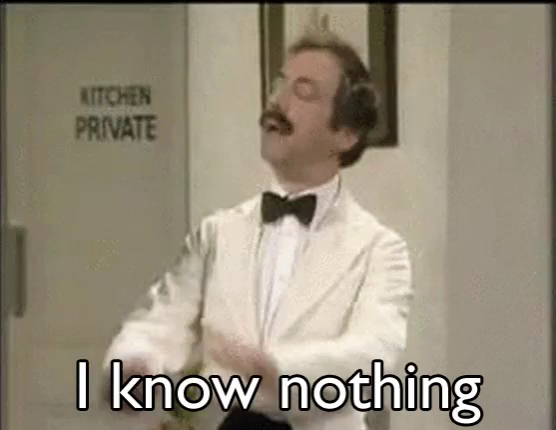 That’s pretty much it but lets keep going.

Since January 2018, I have documented the crimes which Australia has committed in attempting to drive the coup détat against President Trump. Just a stupid suburban shrink with a laptop.

These crimes are very soon going to be made public. Very soon.

Here is what has happened recently to prepare for these reveals.

Basically Scotty, either join or due to your ‘Act of War’ we will sanction your country to dust for 100 years.

Secondly Morrison needed to co-operate fully with ‘The Plan’.

Finally, in return Morrison gets to have selective retrograde amnesia for all things Spygate and can plead stupidity for all crimes committed. It will all be someone else’s fault and the guilty will have performed their crimes well before he was in charge.

In other words key Australian Deep State protagonists will be thrown under the bus and then under several trains.

Meantime the Liberal Party will attempt to insulate the damage and try to continue governance.

The Labor Party will be characterised as being ideologically tighter with the Deep State, which is true, and Trump support may stave off complete destruction for the Liberals. The anger here will be significant though.

This is huge. The arrangements have been made and the Australian response is being rolled out. Any deviation and Morrison will be toast. This will not happen. Morrison is on board and understands that amends need to be made.

Remember, the Joe Hockey’s letter to William Barr in May this year and only just revealed yesterday – it was the cornerstone. Here Australia offered help in the Spygate scandal.

No question this WAS agreed beforehand. Why the hell would Australia offer information and help if we did nothing wrong. It is idiotic that any other explanation is valid.

Importantly though it provides good optics in that we are cooperative and that Trump did not request info initially – even though he is fully allowed to do this.

Ok, in case you were not aware, Scott Morrison had an interview today with David Speers from Skynews.

The interview was a clear set-up with an agenda to provide Dorothy Dixers so that the Liberal Party could provide their positions/tactics publically to avoid annihilation from Spygate.

Lets go through the crucial points from the interview.

SM: “These are matters (Spygate) that are being dealt with by officials. There have been no recommendations made to me that have required my intervention.”

Hint – In other words intelligence kept me in the dark guys. I know nothing.

SM: “There is nothing to suggest (Alex acting as a spy) that there has been anything put into the public domain that there is anything that Alexander Downer has to address.”

Hint – Because the MSM has covered it all up and intelligence has told me nothing then Alex must be ok. Not my fault move along. Q…..never heard of that letter.

Hint – DFAT, ONI, ASIO, ASIS, DIO, ASD, AGIO and DOD haven’t told me squat about Spygate therefore they will be going to Gaol, not me. Oh, and none of this happened on my watch. Sorry Malcolm.

continued in part B