Posted at 09:29h in Uncategorised by rmcrgegor 0 Comments
0 Likes

An Alaskan University has just released a draft academic paper PROVING Building 7 was a controlled demolition!

This is going to be THE definitive document on BUILDING 7.

It is meticulous and rigorous. 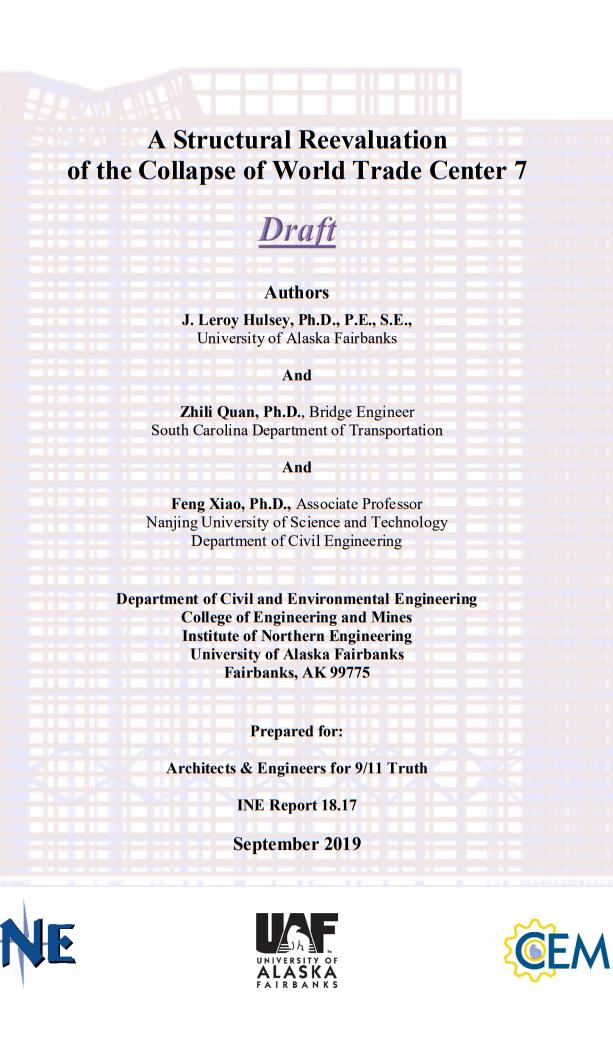 2) Obviously it is no coincidence the release occurred on the anniversary of 9/11.

The authors request comment before publishing the final report.

The Laws of Physics will preclude any reversal of the findings.

Here is the Abstract of the 4 year study. 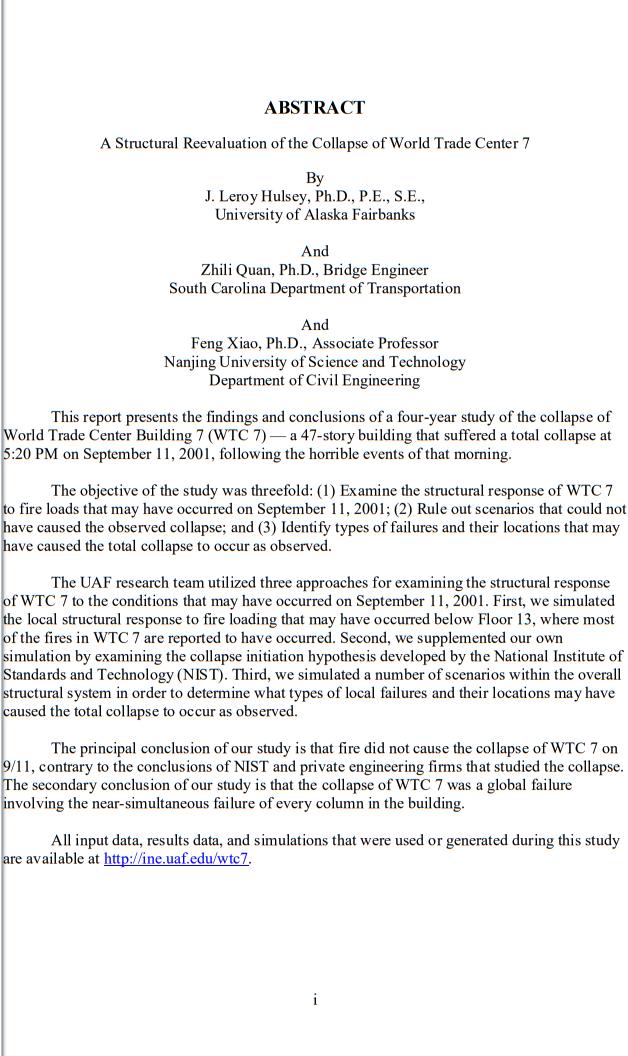 3) “The principal conclusion of our study is that fire did not cause the collapse of WTC 7 on 9/11, contrary to the conclusions of NIST and private engineering firms that studied the collapse.”

4) “The secondary conclusion of our study is that the collapse of WTC 7 was a global failure involving the near-simultaneous failure of every column in the building.”

5) By the principles of Physics/Mathematics this report can NOT be denied.

There is no doubt that Building 7 was brought down by a controlled demolition.

Anyone saying otherwise is complicit in the US Government orchestrated terror attack against America on 9/11.

6) The Deep State WW MSM assets can not keep this quiet any longer. #POTUS is letting the truth be disseminated.

When @realDonaldTrump points this report out – it is game over for the Deep State.

The righteous vengeance of the American people will begin.

– there will also be a reckoning.

Our MSM has been complicit in these crimes and they will be held to account.

Similarly, Johnny Coward will be heading to The Hague.

He will not come back.