Posted at 18:40h in Uncategorised by rmcrgegor 0 Comments
0 Likes

As all avid Q followers know, Trump loves peace. He is the antithesis of the psychopathic Deep State war machine.

In the last few days however this contrast has been brought to the surface so that even normies can see the truth in plain sight.

Lets take a couple of steps back.

Trump is using Military Intelligence to take down the Deep State in logical progression.

He has actually already won but needs to expose the whole criminal edifice without causing civil strife. 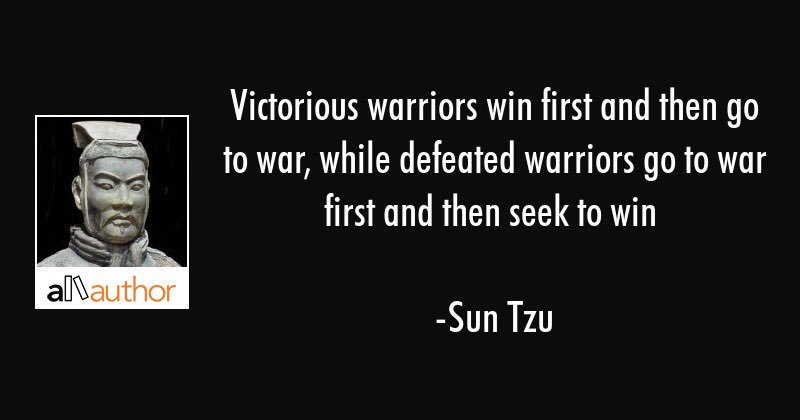 Oblivious to the non-Q followers Trump has defeated his enemies.

Remember when he came into office and Iran/North Korea were threatening war?

This all died down until last week. Indeed Iran has been very compliant.

The Deep State rogue CIA strings were cut from NK and Kim was set free for peace.

Similarly the Deep State has lost it’s grip on Iran and peace has already been arranged.

We are all just witnessing a show. The ship attacks and the drone shoot down were theatre.

The Deep State were desperately goaded into these actions.

Lets look at this article from Breitbart from a few days ago:

Iran has taken down a CIA cell/network inside its borders…

Yep, but it wasn’t white hats, cause Trump would demand them back.

It was Deep State bad actors trying to foment war against the US. Exactly the same as in NK.

Trump was elected on cleaning up all the long term wars America was involved in – to remove the MIC. He has pretty much completed this.

If he started a war with Iran, he would lose all his base and most certainly the 2020 election.

The Democrats in the US were begging for war. It was the only way they could prevent their arrests (and boy are they coming).

Any conventional war with Iran would be a bloodbath for the whole Middle East. They are a well equipped foe.

This would destroy the American economy and embolden the MSM.

So the Deep State/MSM demands war and enjoys the suffering of all, yet will use it against Trump to rid themselves of their predicament.

Do you really think the Military and Trump will fall for it? Hardly.

Here is a Q Post from exactly one year ago: 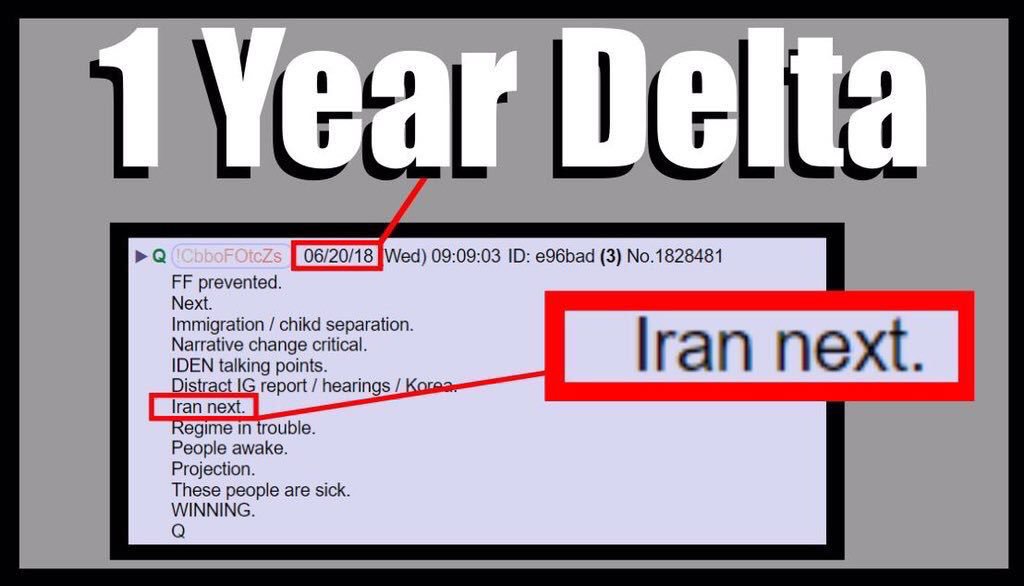 Can you believe that?

Q pulls out a prediction about Iran from nowhere and then EXACTLY one year later the drone is shot down! We have talked about the one year delta many times before.

As Q says, do you believe in co-incidences? Hint – the answer is always NO.

To summarise; Q and Trump have already won.

They are just taking us through ‘The Show’ so that we can remove the Deep State without bloodshed. Eyes are being opened worldwide.

Did you see Pelosi and Schumer dancing with glee after their meeting with Trump and the Generals in the Situation Room?

They thought Trump was going to make the fatal mistake and enact WW3.

Sorry Deep State, you got played. Trump set you up.

Trump has shown himself not to be the impulse, stupid, misogynist (as portrayed by the MSM) but rather a thinking compassionate stable genius. Checkmate.

The result was this: 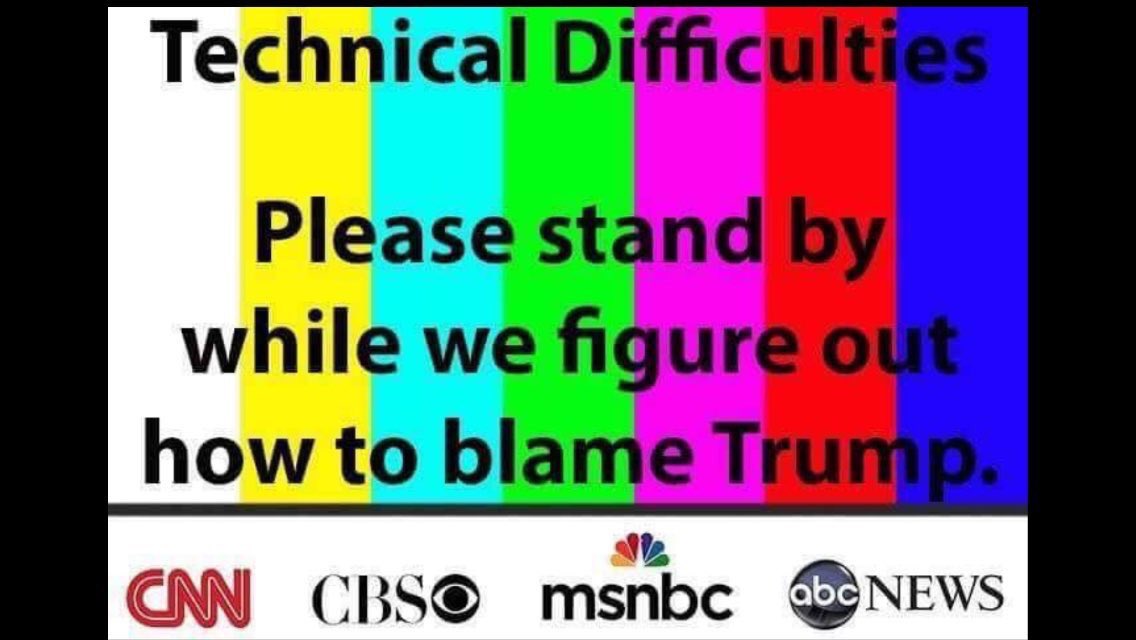 The MSM is apoplectic. They know they were played big time. They shilled for war and Trump brought peace.

The icing on the cake is that Trump is now tweeting about the $150 Billion that Obama gave to Iran including an extra $1.5 Billion in CASH. I did a blog on this a week ago recalling Q’s discussions of it last year. Great time for Trump to bring out the criminal stuff for normies to ponder.

Anyways as you’ve guessed, this will all end well.

There will be no war.

Trump and Iran will sign a new peace deal with no nuclear weapons or enrichment.

Sanctions will be removed slowly and the Iranian people will regain freedoms lost when the Deep State controlled their politicians.

Oh, and Trump will get an extra 3% at the ballot box.

He will expose the MSM for their love of war as a bonus.

If Kerry/Obama were agitating for false flags or the reinstatement of the Iran Nuclear Deal then they are looking at major Logan Act violations.

If Pelosi/Schiff or Schumer leaked the Situation Room strike tactics for Iranian advantage or their own Deep State put/short options then they had better hope the NSA didn’t pick it up.