Posted at 02:54h in Uncategorised by rmcrgegor 0 Comments
0 Likes

THE ENIGMA THAT IS JAMES COMEY

As we know Q has been ramping up the heat on Comey over the past fortnight.

He posted on twitter and then signed off with a “Q”: 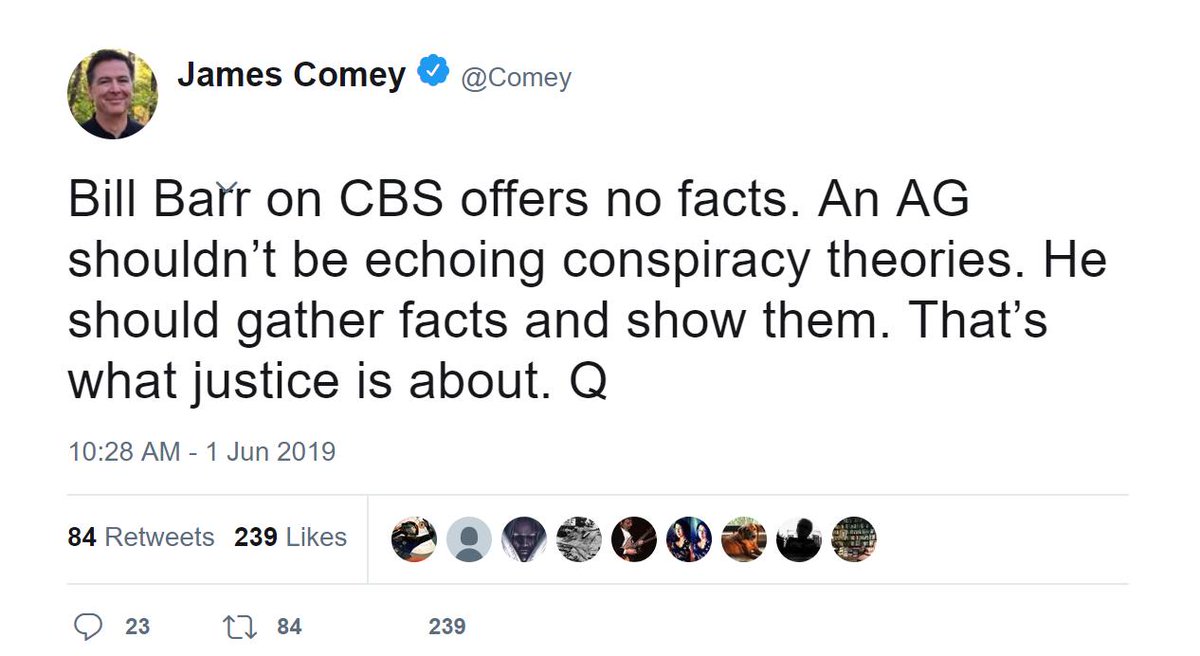 This tweet was deleted quickly but not before screenshots were taken. Anyways it is available in archives.

Why would Comey do this?

Two answers only are possible:

1. The pressure from Q became too much and he felt he needed to project to regain control. Panic.

The Deep State will not be happy at all that he has brought attention to Q. They fear Q too much. So this would be seen as a mistake and a sign of weakness. Not good for Comey.

However Comey has had odd behaviour from the get-go.

He runs around the country telling anyone who will listen about how “moral” he is.

All the while everyone, except for the MSM (whom treats him as a God), knows that he has committed multiple crimes which will lead to a lifetime in gaol or worse. His perjury to Congress is unequivocally documented at minimum.

But maybe, just maybe he has made a plea bargain.

This, if true, would be devastating to the Deep State. 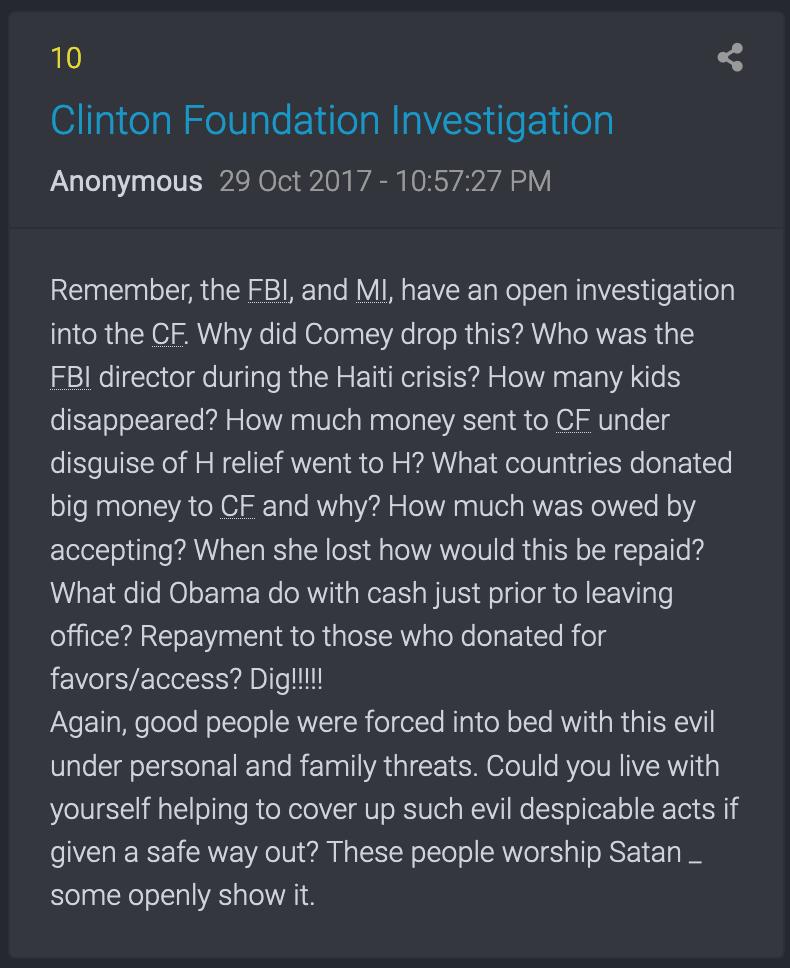 Here Q is insinuating that Comey, as FBI Director, dropped the investigation into the Hillary email server and the Clinton Foundation crimes because he was terrified of the Clinton Killing Machine.

So there is perhaps some wiggle room for Comey.

Either way, it’s a loss for the Deep State. He goes to gaol or he exposes them big time.

Last night on Hannity, Sara Carter stated a clear Q’ism that General Flynn “knows where the bodies are buried”. This would also be the case for Comey.

Fantastic to watch Adam Schitt demanding the Attorney General, William Barr, NOT release all the declassified evidence. Bad luck Adam. Barr is not listening to you Adam, rather he would be laughing at you.

The MSM is desperate to cover-up Joe Biden getting a $1.5 Billion dollar payout, from China for his son, who just got chucked out of the Army for drug use. Their lack of concern also extends to the $6 million bucks his son got from Ukraine. Sad.

It’s amazing how rich these Deep Staters get on public servant wages.

The Avalanche of evidentiary declassification from multiple sources is about to hit.

The Stage is Set and The Show is about to start.

PS – have you noticed how Meryl Streep has suddenly come out with the first politically incorrect statement in her despicable life. They are terrified. Won’t work.