Posted at 15:48h in Uncategorised by rmcrgegor 0 Comments
0 Likes

DECLAS has just been officially requested by President Trump!

Roughly five hours ago DECLAS was finally requested by President Trump from William Barr at the DOJ.

What a journey it has been for all Patriots around the world!

We have implored and begged for the FISA release for 18 months.

This is the moment in history when our world will understand the true nature of our enemy.

Nothing can change what is about to happen. Nothing.

Even if the Deep State kills President Trump and his family, which they have tried to do on numerous occasions, there can be no stopping the truth from being revealed.

The authorisation has occurred. The DOJ must act. It can not be reversed.

I will say it again. History is being made.

The gravity of this is immeasurable.

Here is the request from the White House to William Barr: (note – “declassify information”) 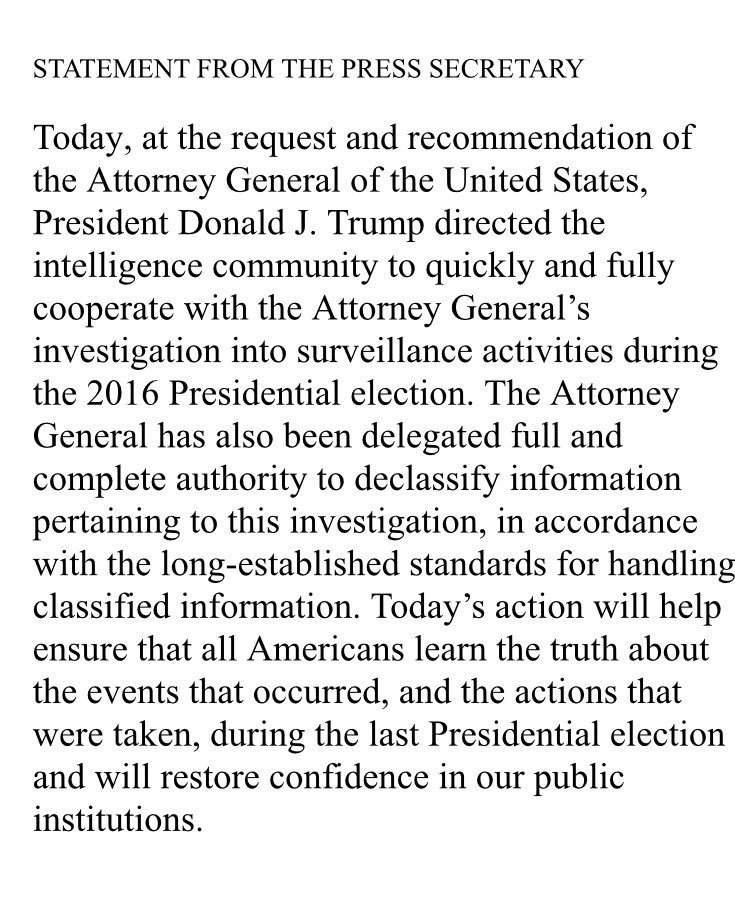 All around the world there are celebrations now underway.

DECLAS is the culmination of our work as seekers of truth and justice.

All Patriots and particularly the US Military can be proud of their contributions.

The determination of warriors on the boards, VOAT and twitter has been a joy to witness.

There is nothing the Deep State can do.

Yes, the MSM will lie to the bitter end.

Yes, the Deep State may shoot up another school, but it won’t change the outcome.

The criminals are finished.

I do not support the death penalty. Not at all.

I would prefer they all have life in GITMO but the American Justice System will determine their fate.

In the US it does unfortunately:

The gravitas has been spelt out in plain english today.

Who was higher up than Comey?

President Trump is saying Hillary and Obama may/will be executed.

This is not a game.