Posted at 22:50h in Uncategorised by rmcrgegor 0 Comments
0 Likes

A message to The Medical Council of NSW with regard to Robert Hannigan:

The ‘Council’ will NEVER intimidate me into CENSORING my right to freedom of speech in Australia.

Today, I have learnt, that the ‘Council’ has officially moved to forevermore completely DEREGISTER me from medicine.

On 29th January 2018 I posted my first blog post outlining my support for President Trump and US Military Intelligence. Whence within hours of this posting, a person at the Pharmaceutical Regulation Unit (PGU) called the ‘Council’ and made an anonymous complaint about my political views.

Subsequently I was ordered to undertake a forced Psychiatric examination whereby my opinions were deemed to be a ‘paranoid conspiracy’ by the Council and inconsistent with the belief of their top powerbrokers. They did this because of a pure, deranged hatred of the President of the United States of America.

On 6th March 2018 the ‘Council’ removed my right to practice medicine and forced the closure of my medical practice by bankrupting me. Now they are taking their final step to enact full retribution against my political opinion.

These events will become known as the greatest political abuse of Psychiatry in the history of Australia.

The pressure the Council is now exerting on me is another step-up in their ideologically weaponised attack.

My message to the Council is that you will not silence me. The crimes of the Deep State must be exposed no matter the cost.

As I have explained repeatedly throughout my blog, I have had zero support from either the MSM or my local constituent politician’s. They adamantly refuse to even acknowledge receipt of my evidence for the crimes outlined by US Military Intelligence. The embargo is staggering and sickening.

There can be no doubt that the Political enforcement of the Deep State narrative involves all arms of Government directed against me. To be sure, Australia has been complicit in the spying against the democratic process of the American People. That is why the Liberal Party, media and medical assets have been locked in to frame my political knowledge.

The conspiracy to spy upon and then attempt a coup d’état against President Trump by the Deep State is the biggest political story of our lifetime and will soon be shown to be fact.

The Council is complicit in these historic worldwide events by engaging in such blatant political retribution. They have brought the medical profession into the greatest disrepute.

The quoted reasoning for the need to have me DEREGISTERED is that I have ‘extremist’ political opinions.

So just as the Deep State had their Red Line over fomenting violence against Patriots if Rod Rosenstein was legally sacked by President Trump – my RED LINE is the following:

If Robert Hannigan becomes a household name for committing an ‘Act of War’ against the People of the United States of America by subverting the democratic process and engaging as an enemy combatant; then I shall seek all legal avenues to enact ethics violations against all political actors waged against me. I was also engage the People of Australia to exact transparent justice as well.

I have discussed extensively the role played by IOCCO/GCHQ in the ‘Act of War’ described above and Australia’s complicity. No other Journalist/whistle-blower has done so in Australia.

So if my deductions are correct and I have exposed the biggest political story of our time; then the Council will need to admit that THEY are the PSYCHOTIC political ideologues. This is not strictly true; THEY will be more accurately known as PSYCHOPATHS.

The Council will have NO credibility and will need to admit their complicity in Deep State actions against me.

What are the logical odds of that? A PSYCHOTIC doctor, breaking the biggest scoop in our lifetime, fifteen months before anyone else in Australia?

Answer – That is the game breaker.

If ROBERT HANNIGAN, a complete unknown here, becomes famous for being involved in the greatest political scandal in our lifetime, with Australian involvement, then the RED LINE has been well and truly crossed.

The hunters become the hunted. 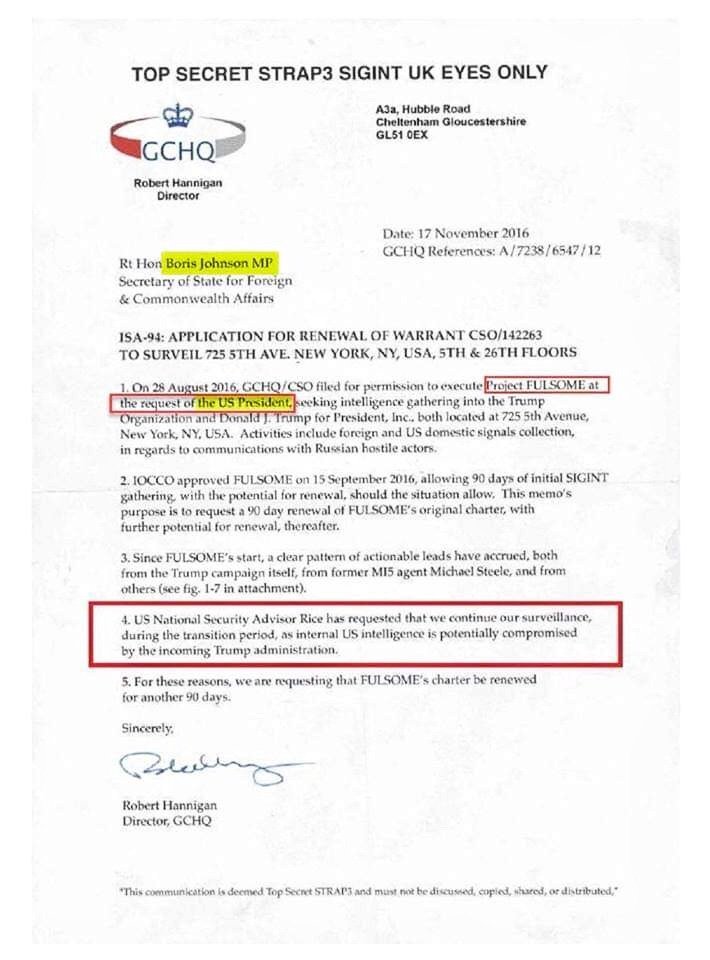