Posted at 19:27h in Uncategorised by rmcrgegor 0 Comments
0 Likes

To The Hon. Mitch Fifield,

Ministers for Communications and the Arts

I wish to make a Formal complaint against the ABC under your role and auspices as the overseer of said organisation by virtue of you being the Minister of Communications.

The content of my complaint stems from two emails, sent to high level editors of the ABC, which are summarised in another email written to the ABC, included in this email as bold below. Furthermore there is a very important attachment included as well at the bottom of this email.

To summarise succinctly. The ABC has deliberately refused to acknowledge my emails which contain extremely important information vital to the public interest. That is, the Australian Government spied upon the Presidential campaign of Donald Trump and also President Trump when he was in Office. This was an ‘Act of War’ against the Peoples of the United States of America due to the deliberate subversion of their democratic process.

I can not offer an explanation as to why the ABC has acted in such an unprofessional manner. However this behaviour is consistent with the continual barrage of lies pertaining to the Russian Collusion Delusion fakenews narrative which they have projected for three years despite a mountain of evidence to the contrary.

I also note that my two Constituent Local Members, XXXX XXXXX and XXXX XXXXXXX have also engaged in similar deliberate obfuscation for over one year. I wrote extensively to each of these Liberal Party Politician’s last year outlining the details of #Spygate and #Fisagate with Australia’s role noted as per US Military Intelligence (QAnon) and open source information. XXXX XXXXXX refused to acknowledge my emails so I had to attend his Office before finally getting acknowledgement of my emails. XXXX XXXXXXX also refused to acknowledge until finally he sent an email outlining how he refused to discuss any of the content about Australian spying of the US. I left the matter for him to deal with, however he has not done anything at all.

Hence you can see that there is a story in itself, of the refusal of Politician’s and the ABC in refusing to acknowledge this vital story, let alone the terrifying content.

As you and the Liberal Party are well aware, QAnon is directly connected to President Trump. The information contained in the posts is obviously of vital interest to the People of Australia. It also contains information central to Crimes against Children.

Failure to immediately act upon this email will make you also complicit in covering up all the crimes involved.

I note this email has been written prior to the release of the full Mueller Report by William Barr.

The attachment demonstrates that #Spygate and #Fisagate involved the UK and extended all the way to President Obama.

The recent resignations of high profile Politician’s needs to be potentially connected to Australian spying on President Trump too.

Herein lies the email compilation sent to the ABC: (bold)

I require an immediate acknowledgement of receipt of my emails sent to you; included in this email, and also the attached letter as well.

As you are all aware, I have been writing to you all at the News Team and Security, to advise you of historically significant stories. They are of extreme interest to the People of Australia – including but not limited to, an ‘Act of War’ by the Australian Government against the People of the United States of America, criminal squandering of Australian taxpayer monies and crimes against children.

To date there have been no replies at all from any of you.

The clear implication is that the ABC is refusing to acknowledge, because they do not want to be implicated, and held to account for being placed on notice about the stories involved. This is a very serious matter.

As an Australian citizen and taxpayer I request transparency from you all immediately.

If I do not recieve an IMMEDIATE response with full acknowledgement of receipt of this information I shall avail one of two possible actions or perhaps both:

A) write to the Minister for Communications, The Hon Mitch Fifield – requesting actions be taken against you all personally.

B) I shall attend the ABC Ultimo and video/take photos of all and sundry who refuse to accept my emails – I will then post this on 8chan and VOAT for all the world to understand how the Australian Deep State operates.

Your Deep State embargo of these crimes exposed by US Military Intelligence (the QAnon Team) will not be successful.

All Australian’s will hold you accountable for covering up these crimes.

Yesterday I lodged an official complaint against you all, with the ABC, and have recieved an automated response together with a copy of my full complaint.

It is very sad that independent Patriot bloggers are the only mechanism for Australian’s to hold the ABC and Government to account.

I will copy and paste two emails sent to you all on 14th February 2019 and 2nd April 2019 respectively here.

There was an important attachment which shows a letter written by President Obama requesting the UK spy against the Trump campaign. This is also included at the bottom of this email.

I expect an immediate reply pertaining to two issues –

1. why I have not had acknowledgment of such important emails.
2. that the information in these emails is being acted upon.

The first email was sent to you all on the 14th February 2019 and is below:

Just to make you all aware, that the Australian people know of your knowledge of the biggest news story in Australian history, outside our involvement in wartime.

Here are the pertinent questions involved in this story. Obviously the ABC is fully cognisant of the following but I will iterate nevertheless:

1. Did Australia commit an Act of War against the People of the United States of America by spying on the Trump Campaign using Five Eyes?

2. Was the Australian Government aware that the British Government spied on the Trump Campaign using GCHQ?

3. If either of the above two questions are valid, then who or whom authorised the spying to subvert the American democratic process? Was ASIO, ASIS, ASD, DIO, AGO or the National Security Committee of Cabinet involved in the decision process? Did anyone alert President Trump after the crimes occurred? Have any repercussions ensued?

4. Was Alexander Downer acting to subvert the democratic process of the 2016 American election when acting as The Australian High Commissioner to the United Kingdom? Was he working as an intelligence operative for Hakylet at the same time as his role with the Australian Embassy in London? Was anyone else in Australia aware of his role and actions? Were his actions directed by anyone in Australia? Was his true involvement and intent acknowledged to President Trump by Australia? Will there be any repercussions for Alexander Downer?

5. Why has there been no investigation or audit of Australian monies given to the Clinton Foundation? Were there any monetary kickbacks to Australian’s for donations to the CF; including jobs? Why was money given to a Political entity in the first place? How much money in total was squandered?

6. Why has the ABC not investigated the above stories for two years, yet has given enormous amounts of coverage to the Fake News pertaining to the Russian Collusion Delusion? The abasement of journalistic ethics in refusing to cover this story is a scandal not eclipsed in Australian history. Why has the ABC not apologised for it’s bludgeoning Fake News role in the Russian Collusion Delusion?

My request as an Australian Citizen is that the ABC acknowledges it is a corrupt Deep State organisation which prioritises Fake News to attack Political opponents. Patriots in Australia and around the world have known for two years that everything the ABC has said on the above topics have been lies and covered up. As an example I have blogged about the above issues for over a year. The evidence is overwhelming.

I also request that the ABC spend two years investigating all the corrupt individuals inside the ABC and how they have acted against the interests of the Australian People. They all need to be exposed for transparency.

Finally I request that the ABC apologise for silencing Q, which they know to be a legitimate arm of the Trump Team and real news.

Attached is the letter from President Obama to GCHQ which originated the spying. As you know, it’s veracity has not been repudiated, despite much research on the chan boards.

Due to the self evident gravity of the questions posed, I expect a reply immediately.

BTW – I wrote to my Federal and State Constituent Members one year ago about the above matters. One repeatedly refused to acknowledge my letters for several months, whilst the other finally and reluctantly replied with an outright refusal to answer the questions at all. No reasoning was given.

In Jesus Christ and God bless,

The second email was sent to you all on the 2nd April 2019 and is below:
Dear XXXXX, XXXXX and XXXX,

Further to previous emails by me to the ABC; one of which is forwarded again below.

As an Australian Citizen I formally place the ABC on notice for the deliberate falsification of news and acting as a Deep State asset against the Australian People.

I note that the ABC has not acknowledged it’s obvious role in non-stop lying with regards to the Russian Collusion Delusion. The findings of the Mueller Report have demonstrated that the Deep State tactics of the ABC to damage President Trump and Australian Patriots have been fraudulent. Future unravelling of crimes by the Deep State in the US body politic will soon similarly reveal the corruption of ABC ideology.

My questions posed to the ABC have neither been answered nor acted upon.

Your ABC has always been complicit in the crimes I have outlined previously, however it is now openly clear that the information has been well known by the ABC and yet no actions have occurred.

The link between President Trump and the US Military Intelligence drops by QAnon is an indisputable mathematical fact. The proof of which can be readily found using mathematical formulae, including in my blog posts. The Australian Government, AFP and ASIO are all aware of the factual link.

The ABC however continues to completely ignore the greatest quantity of intelligence data ever disseminated to the public in history. The Q Team have exposed widespread crimes committed by the Deep State against humanity including crimes against children. The ABC is fully complicit in these crimes.

You may continue to kill these crimes with silence and attack Patriots whom wish to expose them. Ultimately though, you will be answerable to the Australian People.

Looking forward to your front row seats at The Australian Treason Trials.

Have a lovely day,

Thank you XXXXX/XXXXX and XXXX,

I look forward to an expediated reply ASAP and hope this may be simply resolved. 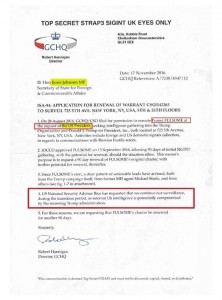