Posted at 12:43h in Uncategorised by rmcrgegor 0 Comments
0 Likes

The MSM are the enemy of the people

Recently I’m sure you are all aware of the so-called “training” exercises being carried out in Downtown LA.

Obviously they are real operations and even cursory logical thought would lead to an understanding that the risk of such ops outweighs any need for “practice”.

Clearly the MSM is lying and wants to misdirect analysis of a major story.

As we all know it is up to us as Patriots to dig and spread.

Here is an excellent example of such work by ‘In Pursuit of Truth’ on YT. Please note that IPOT gleans the information from @MilspecP who is an excellent, well known Patriot, monitoring US Military Airforce operations:

So essentially we have a major Delta Force operation on properties owned by a lawyer, Thomas Gilardi.

The connections are not limited to the following:

1. Gilardi is connected to the Clinton Foundation and is a donor.

2. Gilardi is the lawyer for the Satanic Sex Cult NXIVM which operates in the US and Mexico.

3. The property boarded up from the outside is the ‘Guatemalan House of Culture’ with links to Central America.

5. Gilardi is linked to Hollywood elites via his famous wife and his Casino’s.

6. Gilardi has extensive links to Mexico via his business partner Eduardo Sanchez.

Now thinking about the above consider this:

Yep this is a hospital which removes all fiscally appropriate organs from their patients bodies. They stuffed up by doing it to a Pommy tourist.

Can you add it all up?

What we are witnessing is President Trump taking down the heart of the Satanic Organ and Child Sex Trafficking operations.

The rack lines are bringing children from Central America and Mexico to hospitals in Mexico and taking out their organs. They are then transported through the Mexico/US Border. Child Sex Slaves and Satanic Ritual Sacrifices also are incorporated. See why the Deep State Democrats need to keep the border open against all common-sense?

The MSM stays completely silent because they are an arm of the Deep State. If the MSM were Patriots then this whole business model would be impossible. Their role is to run cover.

Why did Delta Force use refuelling class helicopters?

Because California is Politically controlled by the Demoncrats. All the Left Wing Politicians are paid off and in on it. Hence the Police are corrupted at the top too. So the Military had to fly in and avoid tipping off the Police and MSM. That was why this unprecedented operation was required to garner evidence.

Note that Alison Mack, the Satanic Sex Slavemaster, cried after coming out of her court appearance recently. She has flipped on them all (think Gilardi), as Q said long ago.

The MSM is the enemy of the people.

Here in Australia the Deep State is still fully in control (eg The Medical Council of NSW).

The MSM here is completely silent as well. This to them, is just a training episode, even though the US Military has full fake towns where MOUT (Military Operation in Urban Terrain) practice can occur. Only requires a five minute Gulag search but this is too much effort for them.

The MSM in Australia is also the enemy of the people.

Another example of MSM lies.

We will hear a lot more about RBG in the coming weeks: 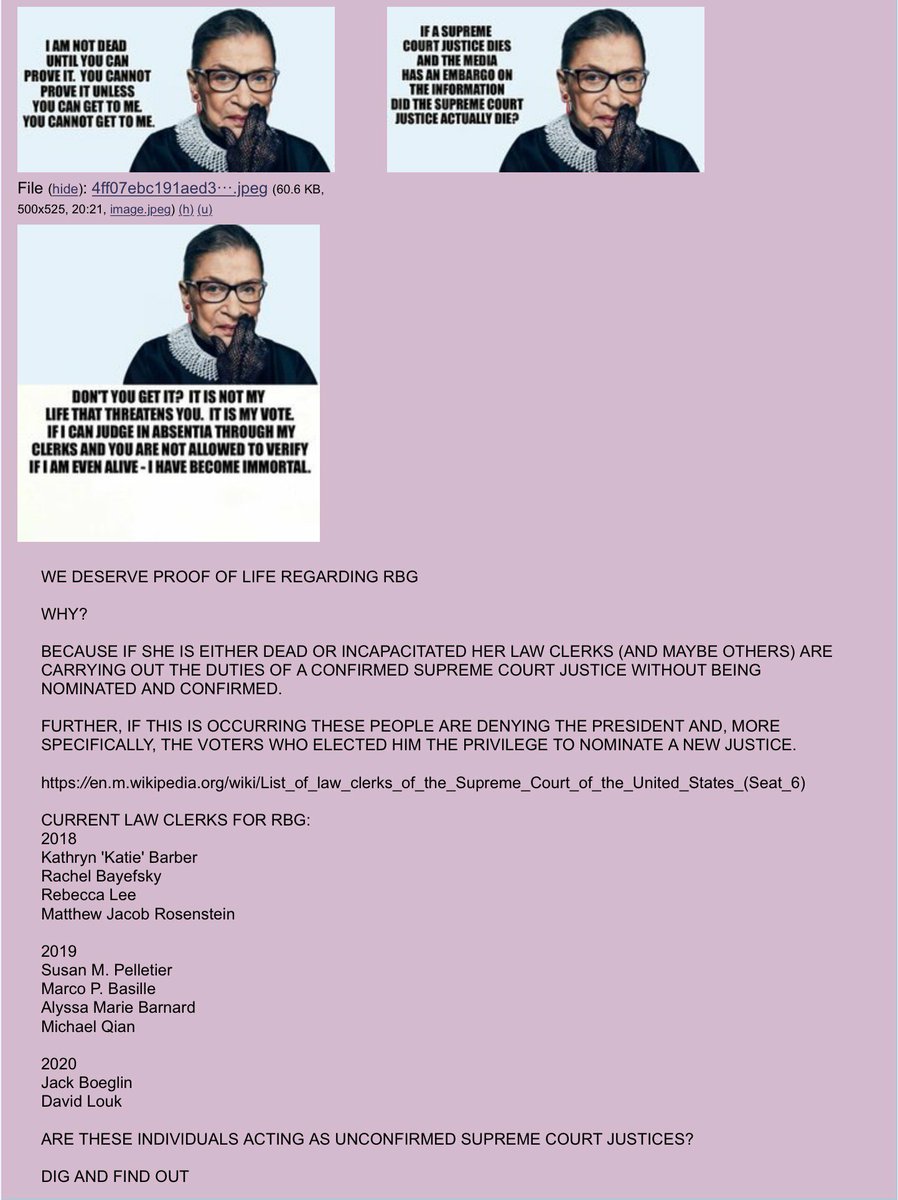 It is up to us Patriots to do all the digging to take down the Satanic Deep State. We are the true journalists.

The real saving of society through investigative Journalism is taking place with our fellow Autists on the following sites:

Keep up the work Patriots!