Posted at 23:02h in Uncategorised by rmcrgegor 0 Comments
0 Likes

No question; the following are already overseeing and Judging at the Gitmo Military Tribunals:

Also no question that Pelosi and Schumer have already pleaded guilty. They are acting, doing as ordered, as a condition of their plea bargains, in order to prevent themselves from being executed. We are witnessing the greatest Political Show in history.

Notice the letter from President Trump to Pelosi informing her that they will not be allowed to fly: 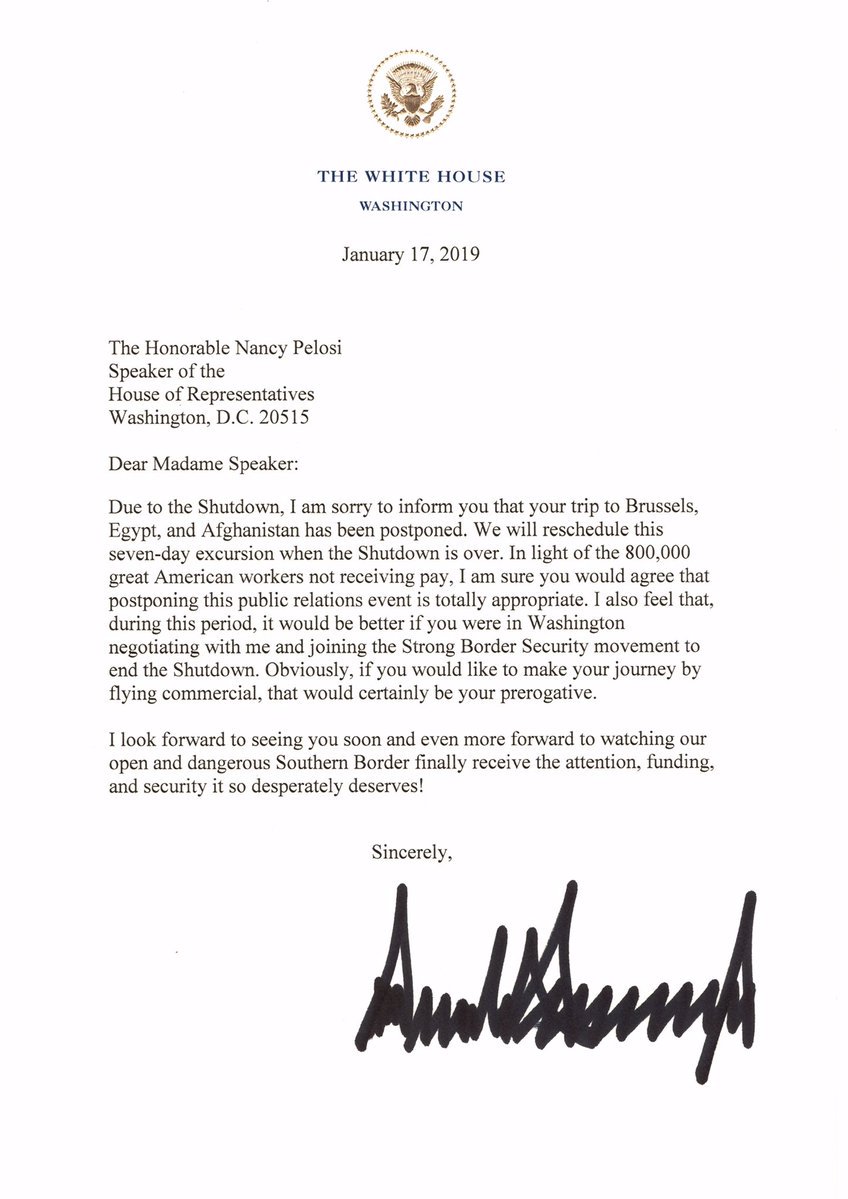 He misspells Madam as Madame. All of his tweets are of Military precision and similarly his formal letters as well. Hence there is an additional ‘e’. Which we all know according to Q comms refers to the number 5.

“Can you rely on being able to board a plane and fly away?”

Well the answer is obviously not, and the Democrats really should of been examining Q a tad better. Anyways the whole purpose of it was for Trump to highlight the $200,000+ Pelosi spent on Military flights in 2010 and $50,000+ just on alcohol in-flights last year alone. The MSM will ignore this until Trump chooses to make them report it.

Take home message, ‘The Plan’ has all been put into place way way back.

Pelosi and Schumer have been backed into a corner over the wall. The shutdown was always the intention. After 30 days in total, the RIF (Reduction in Force) can be put into place. This comes into effect on Monday. This means that Federal Government employees can be sacked. Meaning Trump can drain the swamp of anyone he desires. Quite the leverage against the Deep State.

The FISA documents were signed four times, each one required an FBI and DOJ signature, as well as the Judges.

Now it seems that the first two sets occurred prior to the 2016 election and the last two after. Now Dana Boente is definitely a white hat. Hence Trump knew about the spying (as per Flynn) and therefore used the Military to sting the Deep State after he got into office. Remember Q says FISA works both ways. So if Boente was in on it and only signed to catch them, then Rosenstein is a white hat too. All the rest are filth.

The Mueller/Rosenstein Special investigation aint going to show anything against Trump. Forget it. Nothing there there in any case.

Remember eight months ago, I blogged about the photos of Obama with the young girl and the horseback riding stuff. Well here are the photos again:

The young girl’s name is Maggie ‘Wendy’ Nixon. Some thought she had been killed in a plane accident. Unfortunately for Bathhouse Barry she was not. Indeed she was seen yesterday at William Barr’s (Patriot) interview (actually right behind him) for the AG role in front of the Senate: 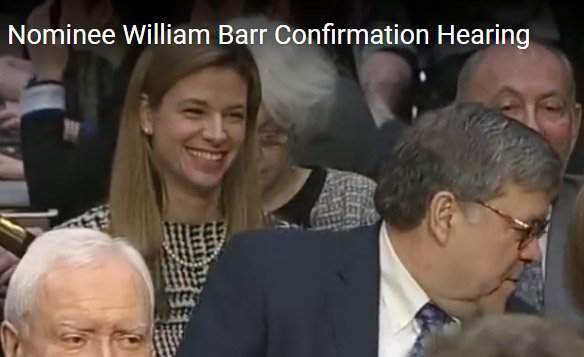 But don’t worry. Barry is still a born-Kenyan, born-Muslim, racially half-Indonesian/half-white, homosexual, Satanist, traitor, with fake kids, who is married to a transvestite. The paedophilia with a girl is just for collateral. I’m sure the average Christian African American won’t mind a bit.

Politics at the Elite level is all for risk takers. Seems like Barry Soetoro’s luck has run out.

Do you know who Dianne Feinstein’s handler is?

Yep DiFi (who will soon to be hung/think selling secrets to China) has a handler. US intelligence circles call her handler ‘The Thing’.

‘The Thing’ is a Deep State, male-contrary, Trump-hating Satanist.

Some would suggest that ‘The Thing’ looks be a perfect Political fit at The Medical Council of NSW.

Sorry this is not pleasant: