Posted at 23:48h in Uncategorised by rmcrgegor 0 Comments
0 Likes

In short, I think not.

I feel TDO is likely the real deal. Why?

1. All the MSM has killed TDO with silence.

3. TDO delivered the second cache without having achieved the pre-set ransom. So it seems there is more altruism than capitalism.

4. Any 9/11 truth discussion is not good for the Deep State.

5. RT is covering it. RT is mostly middle of the road but carries out specific Russian positive psyops when required.

6. Alex Jones laughed his arse off when he reported on TDO.

It does seem that TDO is attempting to build anticipation for the release of each subsequent layer. The proof of course will lie in whether there is any substantial evidence from the full Layer 5 file release. If there is any reasonable info, then pressure will mount on President Trump to Declas all 9/11 material. Game over for the Deep State.

For optics, it is difficult for Trump to Declas. However he did promise it prior to the 2020 election, so almost certainly he will deliver.

Alex Jones clearly implies that THO is an Alliance/Q/Trump operation set to bring pain. It will be interesting to see if traction occurs as the final $2,000,000 is being raised for Layer 5. If Layer 4 has some good stuff, you will feel the sweat from the MSM. They may try some desperate disinfo to cover.

To add some juice, there was one tidbit from the first Layer, which was a very strategic tactic. The drop from 00010135.doc (Layer 1) seems to say that the response to flight 93 “allowed the military to intervene”… 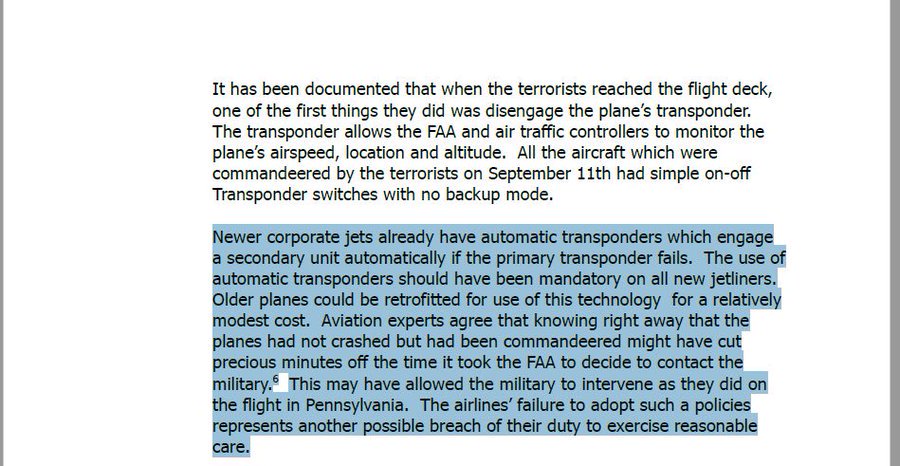 Now we all know that it was blown up, with a uniform debris field over an 8 mile by 8 mile square area, suggesting mid-air explosion rather than a headplant. Also Cheney says he gave the order for a shootdown to occur, but he says it wasn’t necessary as it was too late to implement. So this begs the question, what intervention occurred? Scrambling doesn’t seem to fit, whereas an Airforce hit does. We know flight 93 was supposed to impact Building 7, and that the hit prevented this and necessitated the controlled demolition of Building 7 to stop the rigged explosives being found. So all in all, there is some minor disclosure in the Layer 1. Enough to give some intrigue for upcoming caches. The second Layer is being analysed as we speak as the decryption key was just released.

Here is the site to keep track of THO:

If THO is the real deal then Trump will need to keep the 9/11 Deep State Traitors safe, because otherwise they will be lynched on the streets. Same goes here for our First Class 9/11 DS Traitors.