Posted at 12:14h in Uncategorised by rmcrgegor 0 Comments
0 Likes

The Australian MSM have been telling you that the Yellow Vest (also known as Yellow Jacket) Protests are due to worries about a Fuel Tax. They are not. Our Globalist MSM is fake.

There is a rumour going around that the BBC (Buggering British Children) has been served a D-Notice. This is a Defence Notice which is issued by the Military to tell the MSM what to say. It also exists in Australia. I doubt that the UK needed to issue such an order to the Satanist/Globalist BBC though, as it is entirely unnecessary. The BBC is terrified and knows exactly how to frame the French Patriots. However, certainly the UK Government is under extreme pressure. The Q Movement has found them out and spread the word. PM May is only in power to prevent the democratic decision by the British people from occurring. Brexit needed to be stopped by the Deep State and therefore Brexit has been neutered at every turn by May. The People in the UK are rightly pissed and the MSM will do anything to prevent Yellow Vest Protests there. This fact can not be understated.

Frexit. Not heard of that? I am not surprised because Frexit is what the Yellow Vests are protesting for. Let me give some background on France.

France, as you are well aware, is a country with a Revolutionary history. If ever a country in Europe would rise up these guys are the ones. For hundreds of years the French have been under the grip of the Deep State, like everyone else. Their Political System is completely rigged. The Elites have total control. The only way to get to the top is to be one of them. It is blocked to the average Frenchman. Banking, Politics, Judges and the pervasive Civil Service are all controlled by the 1 %. If you do not graduate from the Institut d’Etudes Politiques de Paris (SciencesPo) or the L’Ecole d’Administration Nationale (ENA) you are excluded from any level of power. Getting into these institutions is about patronage/bloodlines. The Elites have it sown up. Of the top 40 Corporations in France, 84% of execs come from these two institutes. Only 100 graduates/year come from the most elite ENA.

Remember the most recent French election? Marine Le Pen (a Patriot) was polling fantastically. The Deep State were in big trouble. So what did they do? They found a complete unknown who they suddenly dropped into the mix and became the Presidential frontrunner. Yep, Macron was an ENA and SciencesPo graduate who was a wealthy Bankster. The MSM provided blanket coverage of this ‘French Hero’ who was beyond perfect. Le Pen was gazumped at the last hurdle and lost. The deep State won again. Mass immigration was ramped up even more – against the majority wishes.

Macron is, of course, completely gay, with a fake marriage. Most Frenchmen couldn’t care less. Not their business, and rightly so. However for the immigrant African and Muslim population, which all voted for him, it is a big deal. The MSM have covered this up because they need to keep him in power. However, Macron, is therefore completely compromised. He does everything his Deep State handlers want of him, no matter what. He is pure Deep State, but he is also controlled or handled Deep State. 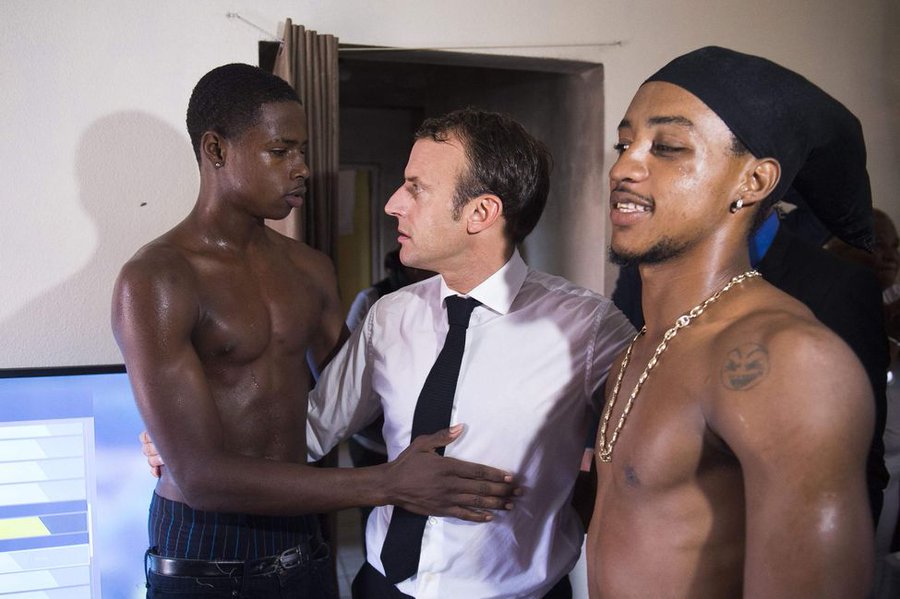 So what are the Yellow Vests really Protesting about? 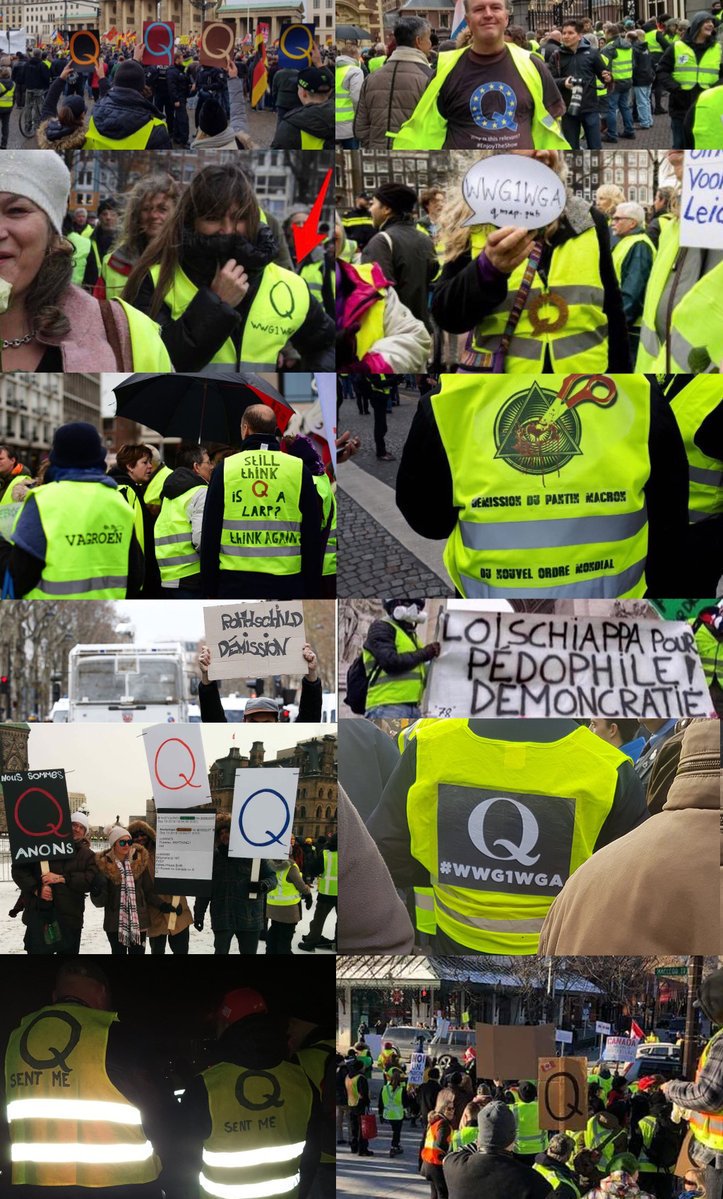 They are against Globalism and all it’s manifestations.

In France, the main issue is mass immigration and the subsequent changes to society. Also notice the signs highlighting the Rothschild’s and Paedophilia. Now clearly immigration has affected France more than here. We have no real No-Go Area’s, whereas France has many. The Deep State wants to increase immigration forever and the French are not happy. It is THE issue.

continued in Part B: