Posted at 22:54h in Uncategorised by rmcrgegor 0 Comments
0 Likes

If you don’t know the definition of “Total War” then you should look it up.

This morning will be forever remembered as the first sortie in the information war that takes down the Deep State. In case you are not yet aware, President Trump has issued the immediate Declas of the FISA Court documents:

This signifies that the time has finally come where Patriots will see the gradual removal of filth from this planet. The ride is going to be bumpy. It is quite simply the end game battle of Good vs Evil!

The Declas signature occurred on the 17th day (Q Day) of the month. From this point forward we will need all Patriots to bear arms and carpet bomb with Memes +++++

I shall give you an analogy of recent events.

Think 1974 and Rumble in the Jungle. Ali’s trainer loosened the ropes the night before. The tactic was to use a protected stance, lying against the ropes, and let Foreman waste energy by letting the ropes absorb the punches Ali was taking. Ali would roll away on the rope and let the bigger Foreman chase. Eventually Foreman became exhausted and Ali counterpunched to victory. The Classic Rope-a-Dope.

See what’s been happening? Trump and Q have been telegraphing the release date of FISA and lengthening it out to make the Deep State fire it’s ammo until there is none left. The ammo is all fake blanks in any case, but with the MSM blowing anything up against Trump it was important to get everything out before the hammer drops. Once the hammer does drop there will be a constant daily flood of exposed corruption with little counter-narrative. Trump will just keep punching.

Now that the FISA is signed it can be released in as little as a few days. Then the real war will begin. It will be bloody and bitter. The Deep State is cornered and will use the only asset it has – the Treasonous WW MSM. That is why the Presidential Emergency Broadcast System as I outlined months ago, is so vital. It has the potential to be a game changer or at least a point of leverage. It will be tested on Thursday.

So Q has given us a very specific instruction. Meme away! As Q has explained, the censorship algorithms on Google, Twitter, Facebook etc can not decipher memes and their political intent. So they are the best way to spread messages that the Deep State can’t touch. As Q post 2191 says – “Lock on target. Fire at will.”

The best repository for memes is:

Then click on the Meme Thread and bomb away on any Social Media you have access to. Shoot them at Normies and Treasonous Progressives. The next week or two is critical! Whatever you do, make sure you do whatever is possible given your capabilities and practicalities. If you are not tech minded then maybe call up your local TV station or Newspaper and tell them to stop lying about Trump and the Deep State – or just wear a Q T-Shirt. I can not understate how important this point in history is. We can defeat Evil. We must defeat Evil!

To give you some motivation. Here is General Michael Flynn’s (Lieutenant General Ret – although he is clearly NOT retired) signature on his book, Field of Flight: 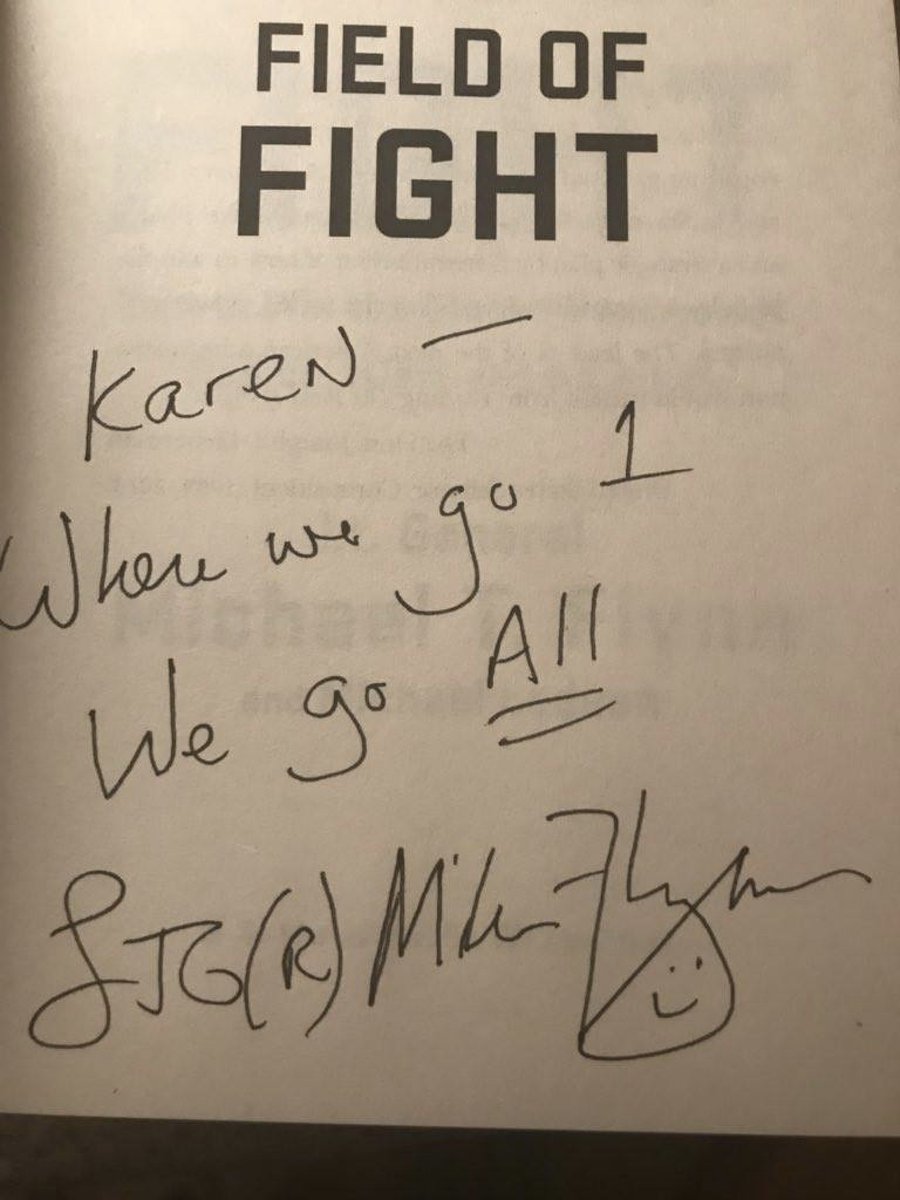 Wish we had a Patriot of General Flynn’s character in Aus. Instead we have a Cu_t like Cosgrove.

As further motivation we need to remember the Good People we have lost fighting the Deep State: 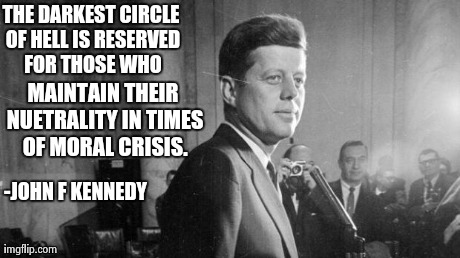 Important to read the caption in the meme and understand the situation JFK faced – as well as the parallel full ramifications for us (Dante’s Inferno).

So Patriots spread the word however you can. The WW Media will be showing just how much they are the true “Enemies of the People”. In the next fortnight they will ramp up the lies and will kill the truth with silence. Watch our Australian Media squirm too. Do not fear though, as one day they will be held to account.