Posted at 22:05h in Uncategorised by rmcrgegor 0 Comments
0 Likes

Does anyone seriously think POTUS does not know about Q? 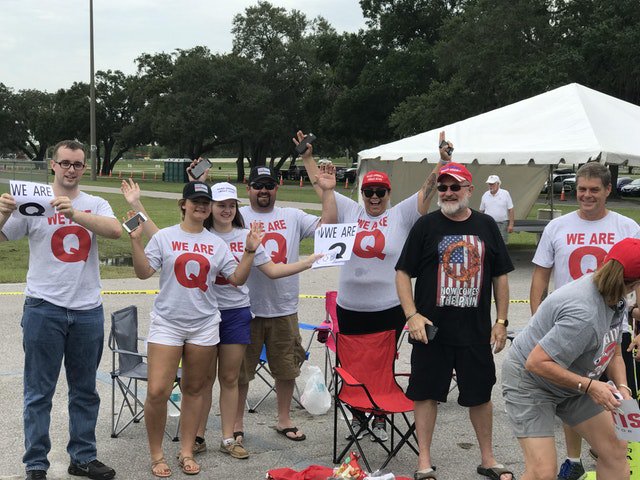 Here are some Patriots getting ready for the Florida Trump Rally last night. Most of the crowd of thousands had some sort of Q paraphernalia. And here is a Q Cutout being directly pointed at by POTUS. 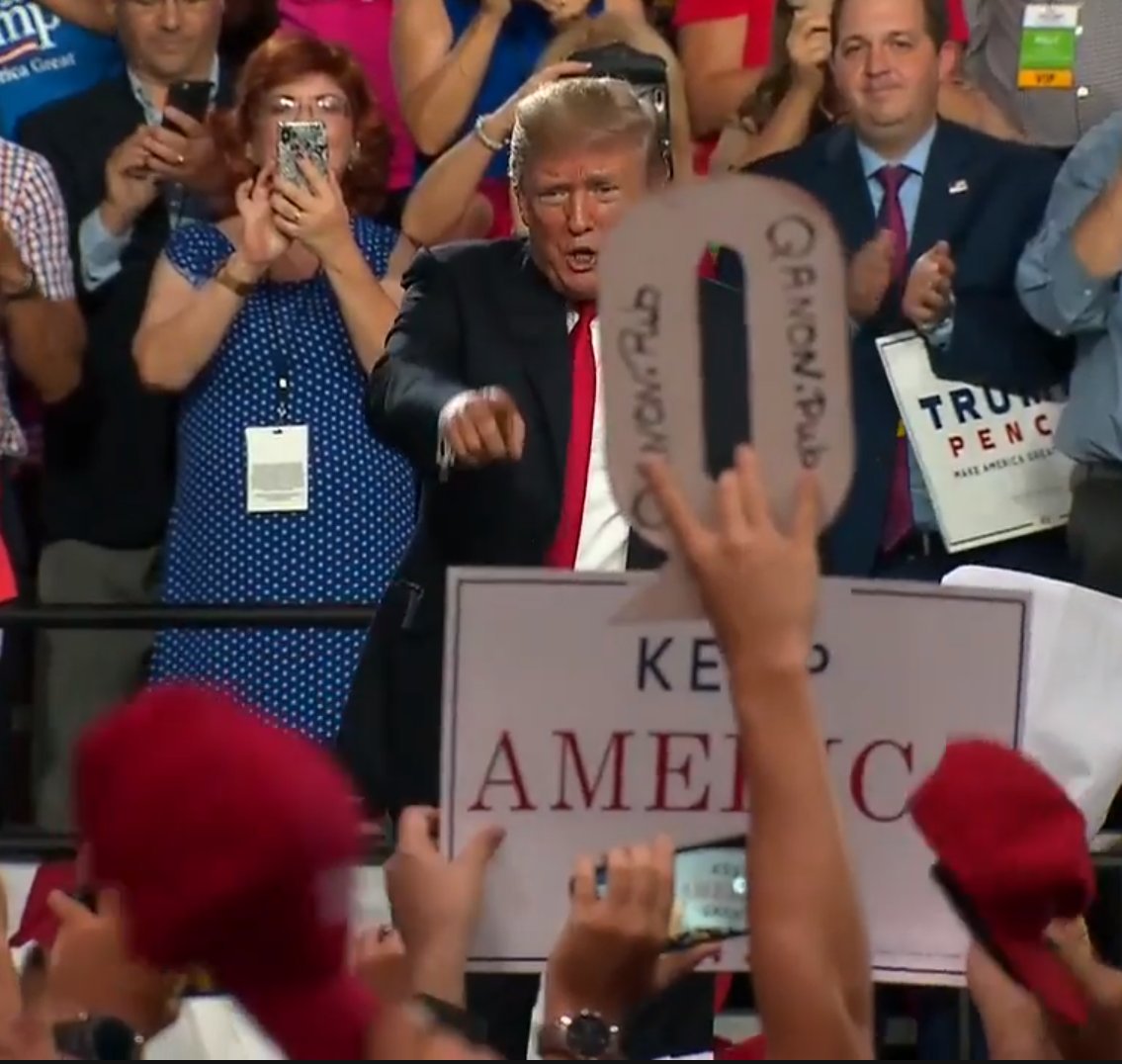 This is silly. The simple FACT is that Q is an Official POTUS Approved US Government Policy Instrument. Anyone who says elsewise is an idiot.

The MSM Worldwide/Politician’s Worldwide/Intelligence Agencies and all the Elite know this for a fact and are terrified. Their tactic is to kill with silence. It has not worked.

The best part of the Rally was the whole crowd shouting/chanting “CNN sucks” at Jim Acosta. The Deep State is in panic at the loss of control.

Watched a snippet of the ABC News in Sydney tonight. Very rarely bother with such nonsense. It was just hilarious to see how they were twisting/slanting the narrative to implicate POTUS in the Manafort trial for the Russian Collusion Delusion.

They failed to mention that Napolitano had stated Manafort had previously been exonerated, of the exact same charges eight years ago, and the Judge specifically said that the trial would not be used in any way to implicate POTUS . Furthermore Napolitano also said that Rosenstein was the trial lawyer previously who failed to prosecute due to insufficient evidence!

This trial is heading nowhere and Manafort has been in solitary confinement! The MSM only tell the opposite of the truth. Nauseating.

Anyways there was much conjecture/anticipation about the possible 1776 Q Drop. It did not disappoint. It was a quote from John Adams regarding the use of Common Sense in the Constitution – a much needed quality necessary to address todays rot in the body politic.