Posted at 13:46h in Uncategorised by rmcrgegor 0 Comments
0 Likes

Below is the Official DSM – 5 Criteria for TDS

Japery aside. Unfortunately this disorder is having significant effects worldwide with REAL violence resulting.

There are hundreds of documented physical attacks against Patriots by Traitors. Many of which have resulted in serious trauma. Most of these attacks have occurred in America upon Patriots wearing MAGA hats.

The most recent incident occurred on “The View” a left-wing Deep State propaganda talk-show on ABC in America.

Here the Host, Whoopi Goldberg, was triggered into violence by a Patriot guest, Judge Jeanine. Jeanine Pirro is a well respected extremely intelligent Conservative lady who is a President Trump supporter. The reason for the initiation of violence was that Judge Jeanine mentioned that President Trump increased the GDP from 1 to 4%.

The Medical Council of NSW has engaged in a similar Deep State approach to my case. The Council set it’s attack dogs directed against me with hysterical shouting/anger and thuggish aggression. This was done because they were Hillary Clinton loving haters of my Political Position supporting President Trump.

The Council then used all its Government powers to have me labelled as Psychotic because I supported a “conspiracy” about the existence of the “Deep State”. They then concluded that my Politics were unacceptable because I supported “Alex Jones who is not popular”. All documented in writing.

Whilst I did have my right to practice medicine removed/was bankrupted and humiliated by The Council at least they could not put me in a Gulag. Alexander Solzhenitsyn has of course given an impressive and historic account of how Leninist/Stalinist forces used the Political Abuse of Psychiatry to silence dissidents in the Soviet Union.

The Comrades at The Medical Council of NSW are writing a very sad and sick history for the Medical Profession in Australia. One only hopes that their TDS does not escalate to visions of pink and purple spotted unicorns. 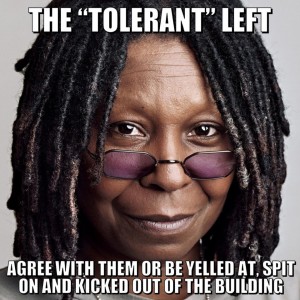